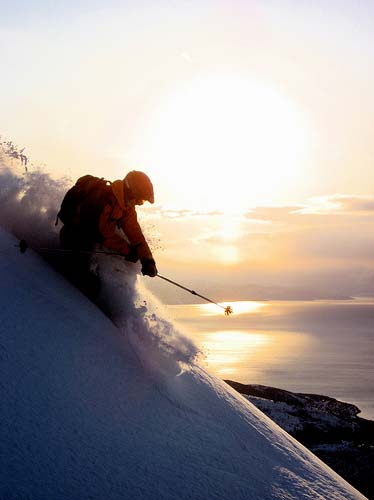 About a week ago, I watched a re-run of an episode of Seinfeld called "The Outing," which aired for the first time about twenty years ago (1993), part of the fourth season (you can watch a series of clips from this episode on Youtube: catch the panic about 4 mins in). I had seen it before, but this time around, I found myself a bit more attuned to the episode's primary messageone that is actually quite brilliant at capturing a public attitude, particularly resonant for those of us who consider ourselves rather accepting or affirming of our LGBTQ friends, neighbors, or family members. In short, Jerry and George demonstrate for us a rather pervasive species of homophobia that is, from my experience, very prevalent at Yale University.

Then, this morning, I came upon this report by Good Morning America, which is reporting that Yale is under investigation for sexual harassment (see: Yale University Under Investigation for 'Hostile Sexual Environment'). It's an excellent report of the rather blatantly sexually-abusive goings-on at Yale between students, particularly relevant in the wake of the 40th anniversary of Yale's admitting women. The question of the report is: Do women feel safe on campus, and free to take advantage of the educational opportunities there? The consensus is that they are not.

Timeout! Hoping to help up-date the overall design for my own website. Thoughts concerning the whole appearance at http://rockabyedaycare.ca? Definitely an efficient childcare service in Calgary whenever seeking inside the Alberta areas. Value your opinions. Appreciate it!

Particularly ironic is the fact that halfway through the interview with Good Morning America, a male student shouts a sexually-explicit remark from a distance, which is caught on tape (and one which, apparently, you don't want your mother to hear). Yale stands to lose $500M in federal funding if the problem is not resolved.

So, what do Jerry Seinfeld and Yale University have in common?

In the Seinfeld episode, a report circulates in a national newspaper that Jerry and George are a gay couple. The rumor unravels before them, as they try desperately to maintain a "straight" image before friends and family, which ends up playing like cooking sieves trying to contain water. No one believes them, and they are unable to quell the rumor with success. At every moment, however, that they offer a hopeless "No, we're not gay!," they follow it with: "Not that there's anything wrong with it" and we all laugh.

Although the show claims to be about nothing, Seinfeld has brought to us a tidy demonstration of some of our more serious neuroses. And we laugh, I believe, because we can see ourselves in them.

When I was a student at Yale, I discovered a type of homophobia that very much caught me by surprise, and which has left me with a sour sense of misfortune for an institution that generally seems to pride itself in being at the forefront of a progressive movement. But, upon reflecting, however, I am far less astonished after reading this report from Good Morning America.

One afternoon, during a Greek New Testament class, studying the Gospel of Luke at the Divinity School, I made a comment anticipating our discussion on the reading for the day, which must have been, apparently, less-masculine and less-heterosexual than some of my classmates would have liked (and, for those who know me, this is probably no surprise). I caught three students to my right, a way off, gawking at the comment to one another, which I suppose they didn't know I had heard (but, I'm not sure they would have cared if I did). For the remainder of that term (and, really, my stay at Yale), I felt less safe. I had not encountered this type of homophobia since high school in the northeast mountains of Arizona (to be frank, is Arizona's Laramie, WY if you get the connection, only without the benefits of a state university in context). At the time, I recoiled as I was used to as a result of the pervasive bullying I experienced in Arizona, as sort of a instinctual reaction to the (and, when all is said and done, most-likely not) physically threatening manner of my classmates' reaction to my comment.

Students at Yale, for the most part, are concerned with maintaining a safe public image of themselves, according to what they consider to be the "goods" of public mores. Be smart. Excel. Stay focused. Don't look homosexual (not that there's anything wrong with it).

For the most part, my straight classmates at Yale would not be gawking in Greek class, but be right at my side if I asked them to join me at a gay pride parade, or to help me fight for my right to marry someone I love. Most likely, they would be equally enthusiastic, with signs and posters; they'd draft up the most convincing speeches, tight with rhetorical soundness. They might even hit their parents up for a donation. On the surface, there's no question that I they would appear to be entirely on board with an effort to fight for my rights, and demonstrate their support. But, within the same breathas it often wentthe very ones I speak of would find it offensive to the core if I suggested to them that I thought s/he we're him/herself a homosexual, even if I did so in jest. And that resistancethe substance of which is rooted in their offenseis an example, case in point, of a rather sinister form of homophobia.Sinister, because the obscene, and often violent epithets are easier to place. Such comments, which we're so prevalent and to which I was so accustomed growing up, are merely coming from bigoted, heartless, and often confused "others," right? (Or, so we reason). Most of the time, we don't know them personally, and can quickly disregard them, after having had enough time to process them.

But, homophobia from a friend or a family member, which communicates even implicitly that the suggestion imposed upon them that they belong to an alternative sexual orientation is an offense, roots itself much deeper in the system, and lingers far longer. And more tragically than not, the LGBTQ friend, daughter, son, brother, etc., who comes to know such homophobia, believes that there really is something fundamentally flawed about themafter all, a trusted friend, classmate, family member, etc. communicated it to us.

The "charitable" offering from our straight allies, when clothed with the kind of pretention I hope I have demonstrated here, is more of an offense than an aid.

This is not merely an issue of wanting to be treated equally, but to be seen equally. As long as the message continues to be something like: "I will fight for your cause and be your ally, but don't, for the sake of all that's holy, ever presume to suggest that I'm that horrible thing that you are, for the very suggestion is repulsive to me," we will never be able to realize the equality we all seem to be fighting for.

When I was accepted to Yale, my dad told everyone. I was actually rather embarrassed over his exuberance before his colleagues, friends and neighbors, and other family members. For the most part, I believe my dad has always been aware of my homosexuality, but when I started datingstarted really "coming out," my dad was far less proud. He's supportive, but it's hardly something he's shouting from the rooftops. I'm not sure I've ever heard him declare to someone with equal pride, "Did I tell you, my son is gay?"

Certainly, I absolutely need to bring up the outline regarding this particular post with thoughtfully granted by Sherry with Out n about pet care. They are really a terrific dog walking services. We invariably treasure a smart proposal!

https://www.greatario.com - Your grammatical capabilities are remarkable!